Are You Done with Summer?

How about some nice, hot Coke Oven Kits?
Some Coke Oven Lore & History: In 1904 the Powhattan Coal and Coke Co. 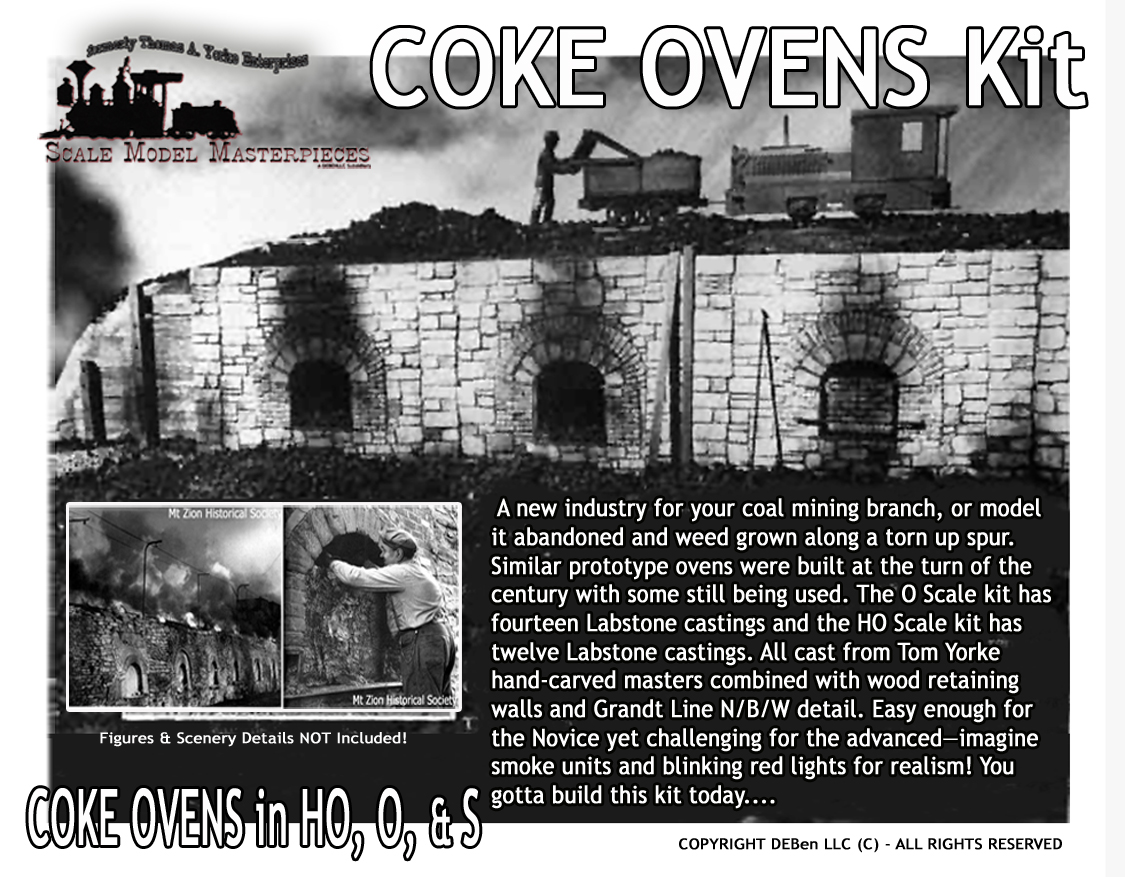 opened a new mine at Sykesville. One year later, the fledgling company sold out to a group of New York investors who changed the name to the Cascade Coal and Coke Co. At that time, under the direction of C.C. Gadd, 100 coke ovens were built. Two years later, a local paper noted that "they are working regularly at the Cascade mines. A good grade of coke is being make there, and business is brisk." The prototype for this kit was built in 1903 at the Cascade Coke Ovens, Cascade, Preston County, WV, now abandoned. 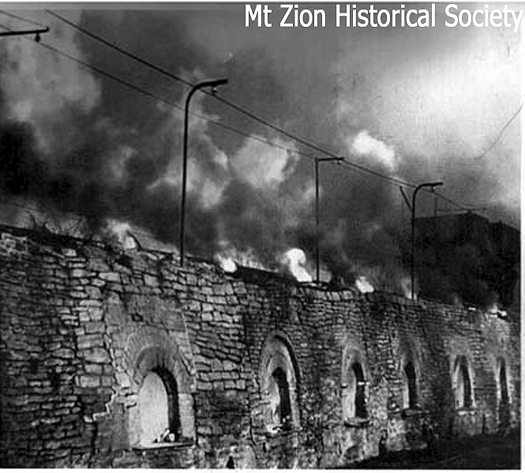 The ovens were charged from the top through a charging hole. The coal was leveled by raking by a man outside the oven. The doorway was temporarily plugged with brick. A small space was left open at the top for air. Forty eight hours later, the coal was turned to coke. Normal operations would see half of the battery of ovens being fired while the other was being unloaded of coke and reloaded with coal. A new industry for your coal mining branch, or model it abandoned and weed grown along a torn up spur.

This Coke Ovens Kit: LabStone castings cast from Thomas Yorke 'original' hand-carved masters combined with *new* pre-cast wooden retaining walls and Brick Charging Portals makes a great detail for any Empire. Easy enough for the Novice yet challenging for the advanced. imagine smoke units and blinking red lights for realism! You gotta build this kit today... Need more than four ovens on your empire? We have Extension Kits, too!

Instructions have been rewritten to include *all* the steps to build this kit including *tips* from (Doctor Ben's How-To #2: The ABCs of Staining Castings) to stain and weather castings, wood and plastic!

Does you empire need some serious cooling power? 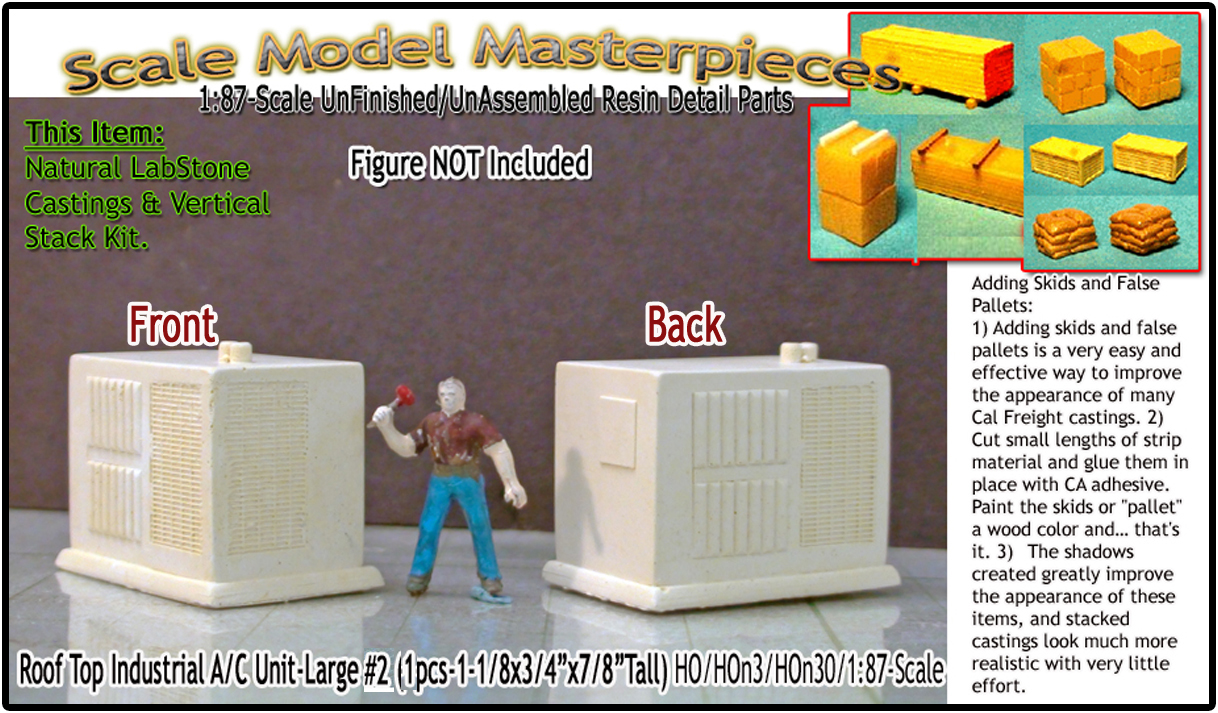 1902 Willis Carrier invents the Apparatus for Treating Air for the Sackett-Wilhelms Lithographing and Publishing Co. in Brooklyn, N.Y. The machine blows air over cold coils to control room temperature and humidity, keeping paper from wrinkling and ink aligned. Finding that other factories want to get in on the cooling action, Carrier establishes the Carrier Air Conditioning Company of 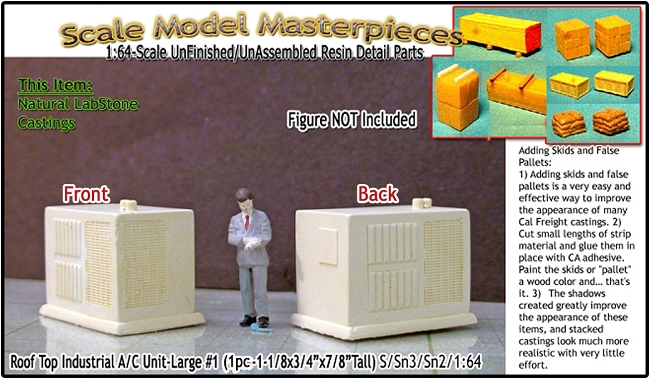 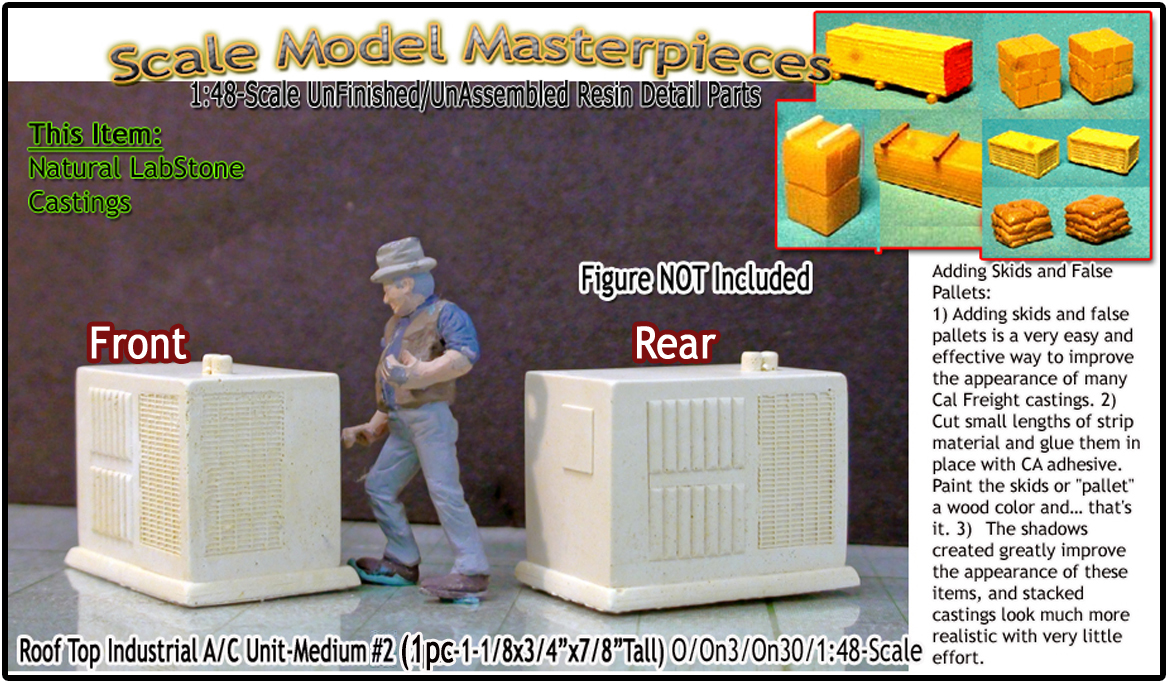 SMM Detail Parts are composed of UNFINISHED/UNASSEMBLED Natural Labstone Casting parts-Assembly & Finish Required. Assembly (if needed) using most plastic cements and painting may be completed by hand or an air brush. Want to know how to weather your finished model? Scroll down to find out how! The above image and thumbnail at right best describes this item assembled (required) & its design. The above image/thumbnail best describes this item SIZE, QUANTITY, COLOR, if assembled (required) & its design. Got Questions? Always Ask first!!